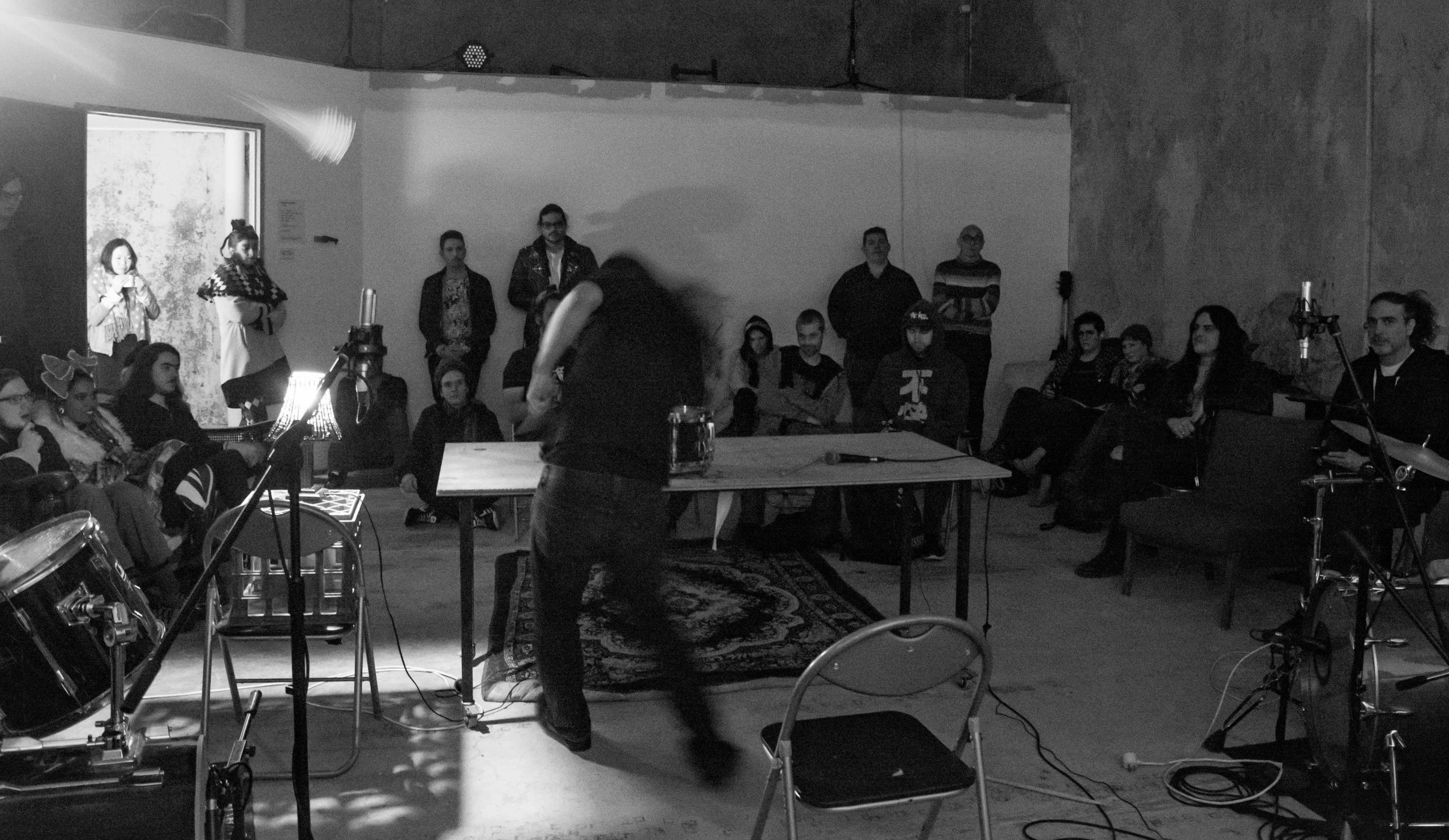 It was the day of fools that Magnet hosted Japanese artist Ryosuke Kiyasu for a show as part of his DIY tour across Australia?s East Coast. 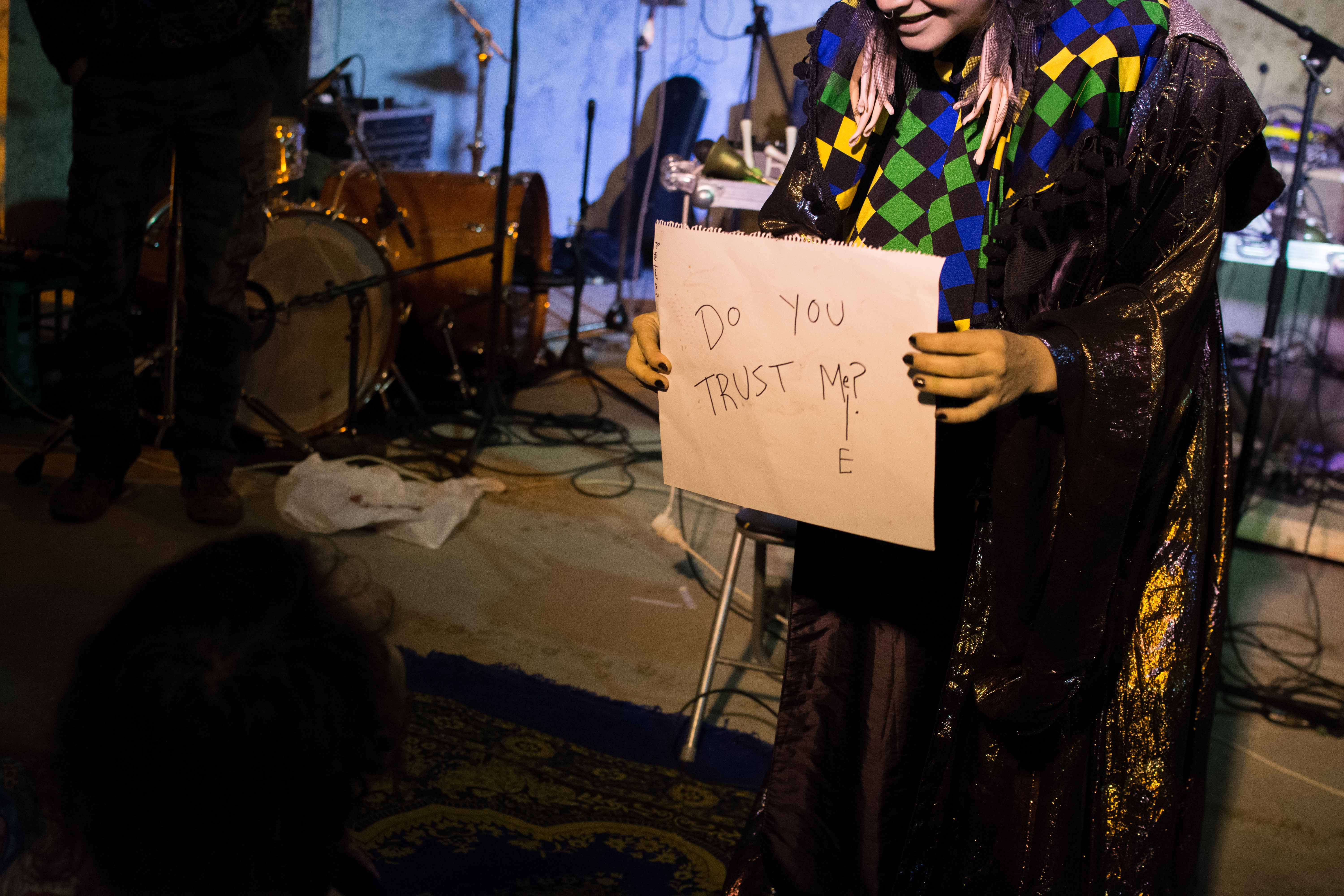 Kicking off the night, Channels went to work loosening the screws in our minds with avant garde performance art, keeping us all right on the brink of understanding what was actually happening. Ambient sci-fi-esque tones laid a backdrop to the shows antics, consisting of operatic singing, spontaneous crying, and instructions for the most delicious pie ever. ?What even was that?!? was a comment thrown out by an audience member – who also happened to be Channels. 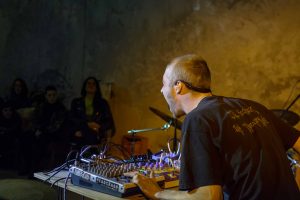 Absolute sonic disruption unleashed the very instant Kiyasu Noisecorkestra began. The faceoff between two drum kits on either side of the stage produced the outer layers of a sound sandwich that crushed and condensed electro-oral noise and homemade noise guitar, performed by Spasmaslop and Rod Cooper respectively. Noisecorkestra is strangely conversational; the intensity of which perhaps more analogous to frenzied argument, but there is an undeniable harmony between them in the swirling cyclone of chaotic noise. 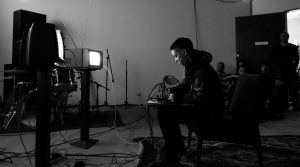 Shortly following, Ari Sharp conducted the white noise static of two television screens sitting eerily in the center of the industrial spatial studio. After aurally acclimatising to the different levels of thunderous *pschhh*, subtle movements would seamlessly send you into new waves of hypnotising hiss, at times simulating a feeling of plummeting at unfathomable speeds. 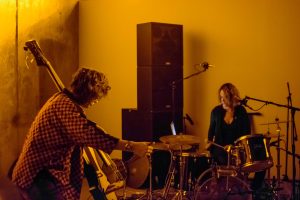 Cello and drums duo Octave Pussy?took the stage to create airs of suspense; tides of tension sustained by intimate play in dynamics. In a reversal of technique, cymbals are bowed and strings struck with a mallet, the creative combination of unique textures giving the impression of a beautifully ominous world, where danger constantly lurks out of sight. 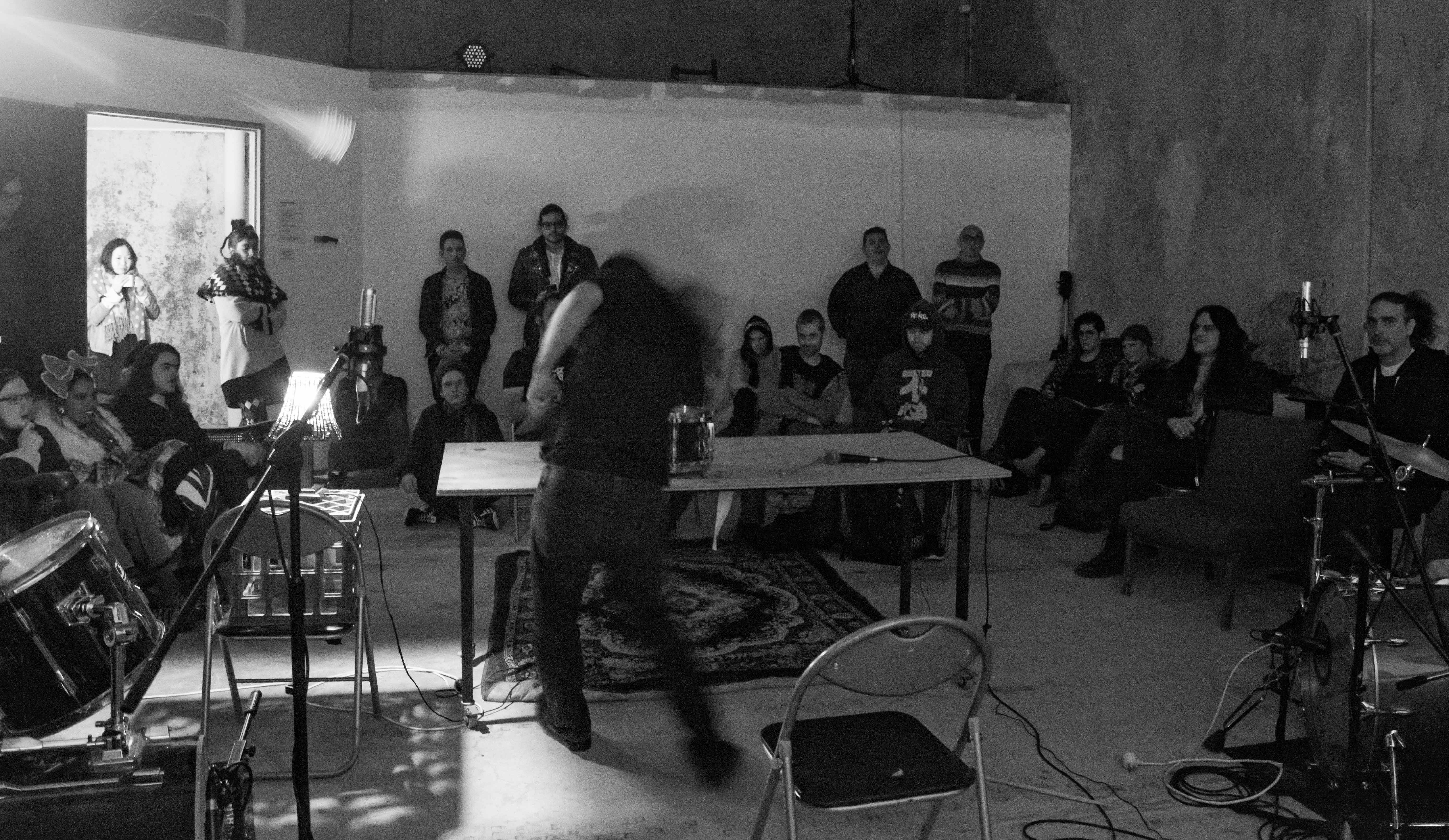 Closing the night, Japanese drumming extraordinaire Kiyasu offers a raw solo performance. Sharing a powerful kinetic conversation with a snare drum, phrases of stuttered percussive attack are strung together in a manically serene stream of consciousness. Eventually everything on stage is absorbed into the performance – the table, chair, floor, a loose shoe – and watching the chaotic movements inspires awe for how deliberated every fleeting flurry is. Twenty minutes of explosive energy came to an end with a victorious scream that summarised the intensity of the night?s show.