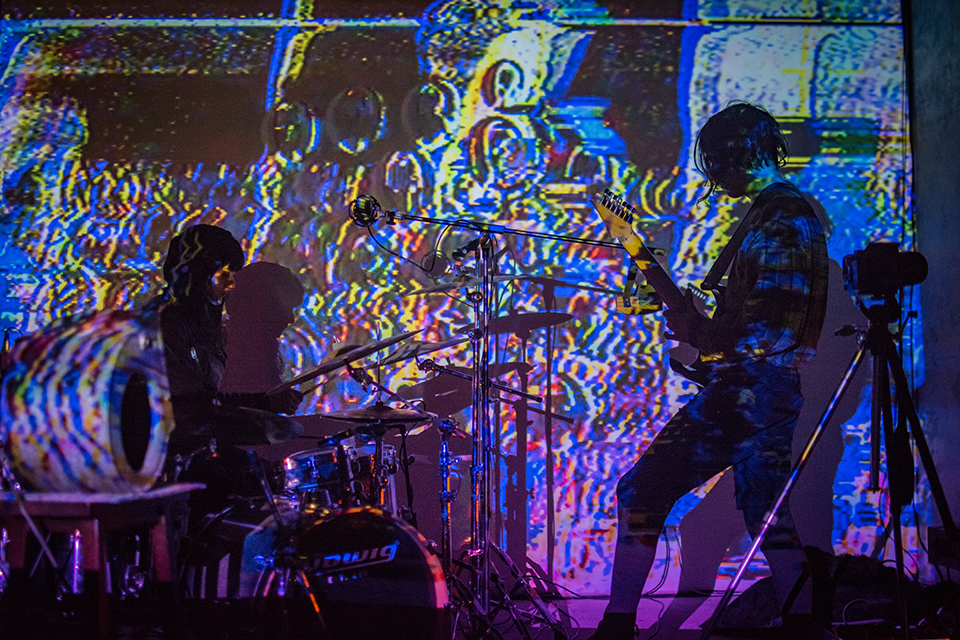 Cozying?amoungst a nest of blankets and pillows, a snug audience gathered in Magnet?s spatial studio to celebrate the release of The Convoy?s third studio album??Heh?.

Emily Bennett and Reuben Lewis were the first to grace our ear holes, composing an improvised array of processed tones one rarely hears emanating from a trumpet with extempore dadaist storytelling. Layers of chopped loops formed uncanny & mesmeric rhythmic textures, at once affirmed and interrupted by improvised words, songs and stories. 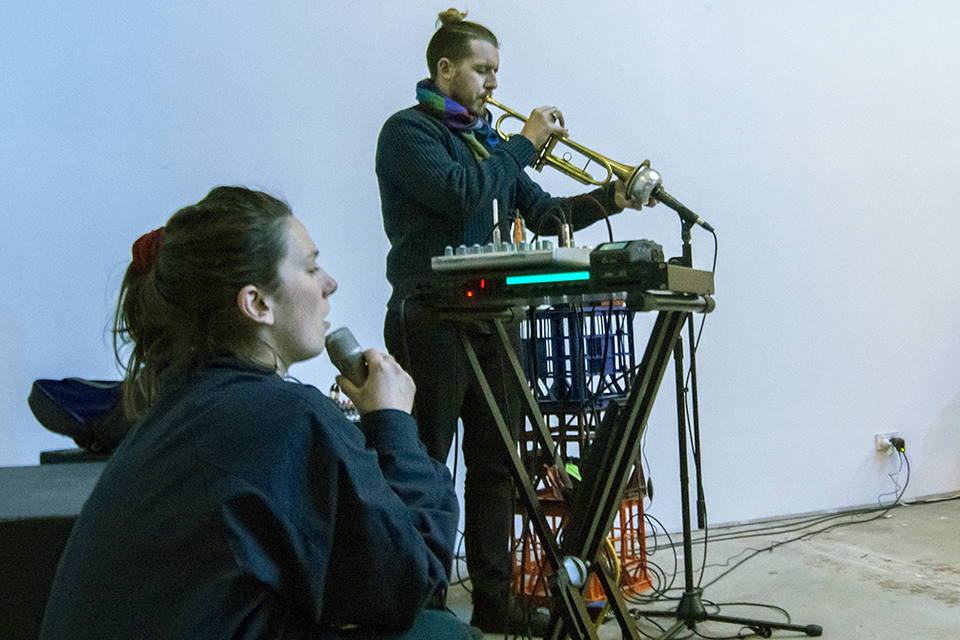 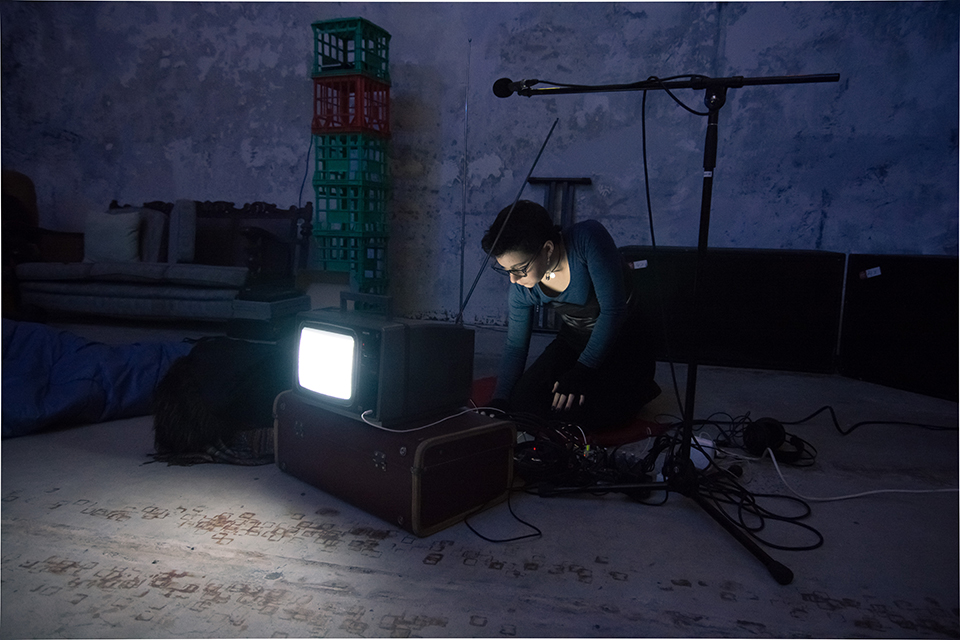 Looming over a table of wires, pedals, and other intriguing unidentifiables, Rod Cooper conjured a punishing, aural hell that made me feel as though my ears had actually turned into blenders. Sitting at his control desk with a foot pedal below, I envisaged someone at sinister sonic sewing machine, weaving together the harshest, aural textures (un)imaginable. 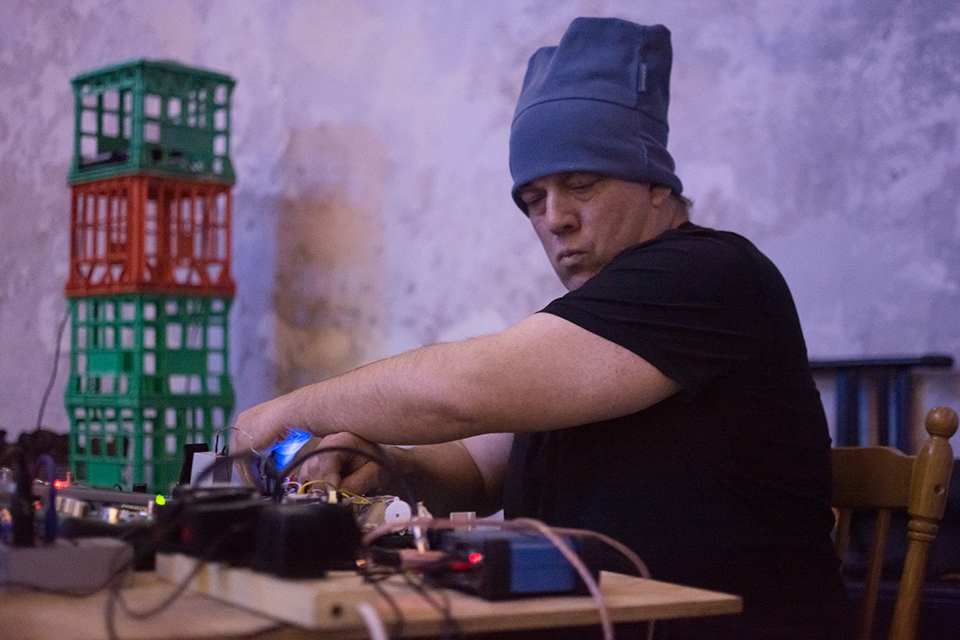 As The Convoy took the stage, tape machines hissed and warbled as sonic atmosphere began taking form. Tides of distant, thunderous drum swelled and receded while ominous guitar ambience gave voice to a world awakening. Soundscapes were endowed with a kind of sentience that spoke themes of cyclic evolution and regeneration – varied waves of intensity growing exponentially, each time returning as if a new incarnation, born from the eroded memory of sections before. Throughout the journey, projected visuals summed live by Scott McLatchie morphed in synchronicity to sound, adding a powerful visual dimension to the immersive experience. The momentous finale unleashed itself as glory in high decibels, shaking the room and bodies in it, revealing the potency of this culmination which lay latent in every moment that preceded.

Off the back of this final wave, ?immersion transformed into reflection as echoes of guitar drone rang out over the course of a minute, letting the world that had just been birthed dissolve back into the abyss of the silence from which it came.

written by Will Tremain

Interested in reviewing an event at Magnet? Get in touch here.